This year the WAHO Trophy for an outstanding representative of the Arabian breed was awarded to the mare PĘTLA, born 1994, by Visbaden (SU) out of Petra by Pepton, bred and owned by Janów Podlaski Stud.

PĘTLA comes from Janów Podlaski’s famous P-line established by PIEWICA, from which stem numerous show champions and superb athletes and past WAHO Trophy honorees as PIANISSIMA, PINGA and PALMETA.

Pętla is a dam of 14 foals, which excelled in various disciplines – shows, racing, as well as being used as chief sires in both Arabian horse breeding and in half-breds for improvement of sport breeds.

As many as 9 of Pętla’s produce won at least one race at the track (PENTAGRAM, PEDAGOG, POLIGON, PRADO, PARSEK, PENDRAGON, PENSAR, PERSYMONA, PERLA).

In breeding as many as five of her sons have been and are still used. These include POGROM, PRADO & PEDAGOG in Arabian horse breeding and PENTAGRAM & POLIGON in half-breds. 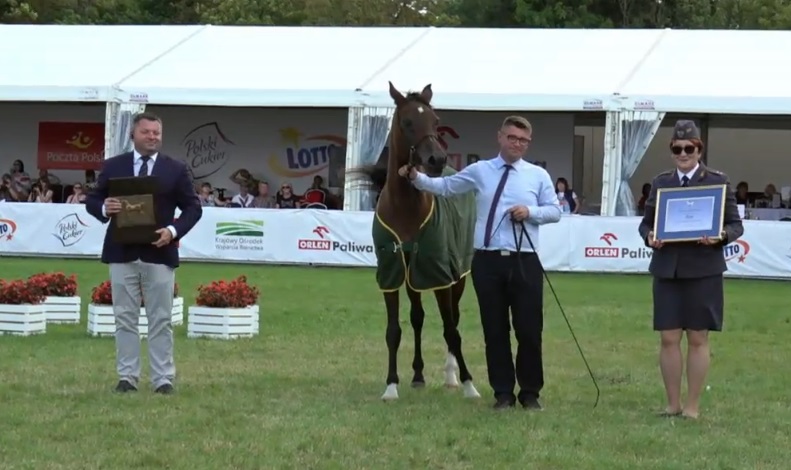